It was in 2005 when two friends Mark Turner and Eddie Jones, utterly disappointed with the existing brands of men’s underwear that could not fulfil their needs and demands, decided to launch their own line. Thus, 2wink Australia came into existence and the designers diverted their entire attention into creating some very stylish and trendy men’s underwear that will not only elevate the comfort level of the wearer but also enhance their sex appeal. 2wink is located in Perth now and their popularity has spread far and wide. Apart from Australia, 2wink is also well known in countries like U.S.A, Singapore, U.K, Italy, France, Sweden, Germany, Spain, Japan, New Zealand as well as other countries.

2wink Australia is an innovative Australian men's underwear marketer and the brainchild of two Aussie Guys, who saw the need for a brand of quality, fashionable guy’s underwear available on the internet at affordable prices. 2wink Australia's goal is to establish itself as an exciting, high quality label, an industry leader, setting new trends and ideas. IT'S NO LONGER UNDERWEAR, IT'S ALL ABOUT U! The 2wink Australia range currently sold at DealByEthan is the classic designed in Australia and made in China range. It is exclusive to DealByEthan. 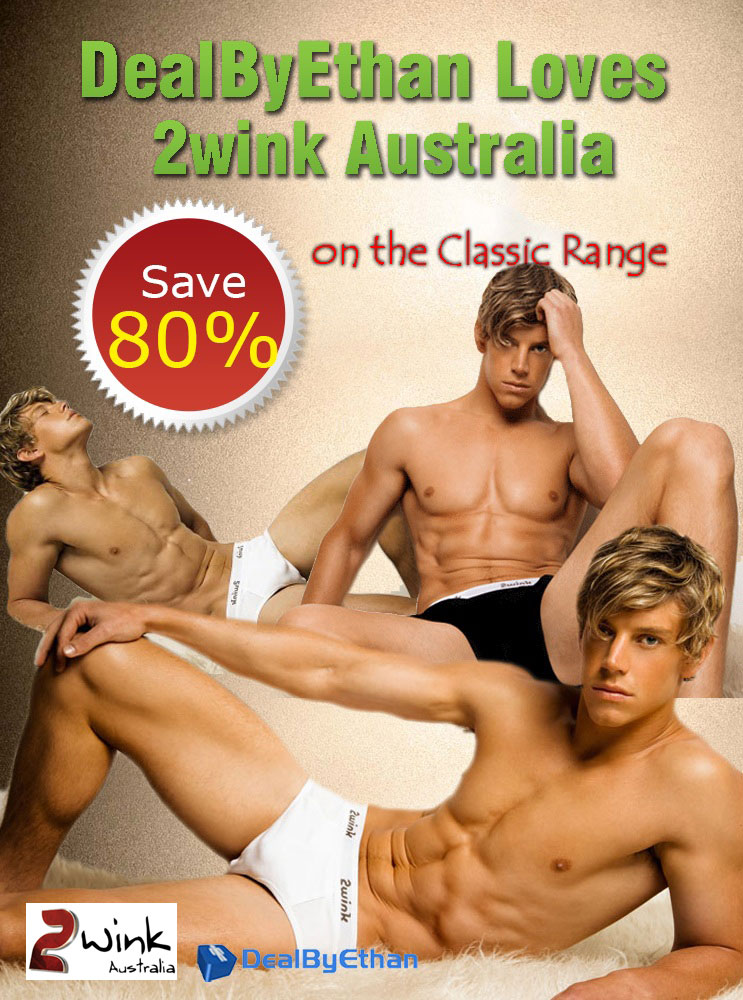 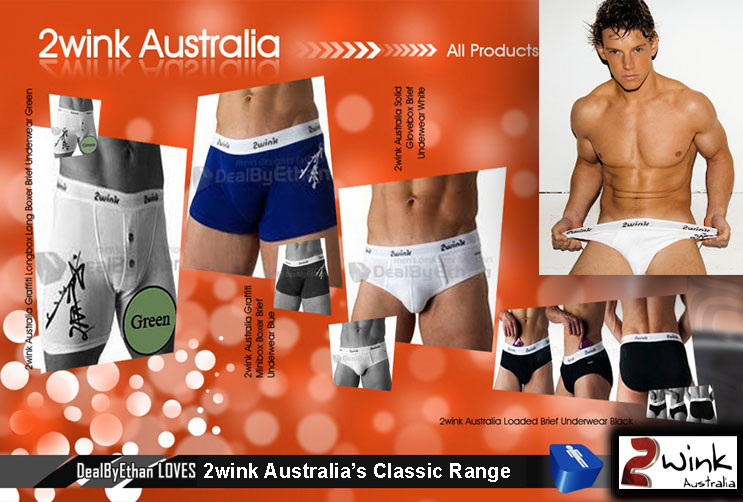