Originating in Hawthorne, New Jersey, Akadema is a well-known brand, owned by two brothers Lawrence and Joseph Gilligan. It was founded in 1997. Intially, the company was started with the sole intention of producing comfortable gloves required for baseball. One of the founders, Joseph Gilligan was a professional and experienced baseball player and he realized the need for proper gloves during the game. Soon, their thoughts and designs took the form of their famous “Academy” gloves, which were released in 1998. The name of the company was changed to Akadema in 2000 when they went global.

It was also in this year that their popular Reptilian Glove entered the market. As their popularity spread far and wide, the company signed many celebrities like Ozzie Smith, Anthony Telford, and Carl Yastrzemski asking for their endorsements. Later, Akadema products were also shown in films like Benchwarmers, and Click. They also became sponsor of programs like "Pros vs Joes" on Spike TV.

Their long sleeved T shirts as well as their short sleeved T shirts are quite comfortable and modish. The same goes for their short sleeved shirts that are designed to keep you comfortable and at ease all the time. Akadema shorts are ideal for workout sessions and other sports, while Akadema sweaters and windbreakers are perfect for saving yourself from the chill of winter. To protect your eyes from UV rays, and to elevate your style at the same time get their sexy sunglasses! 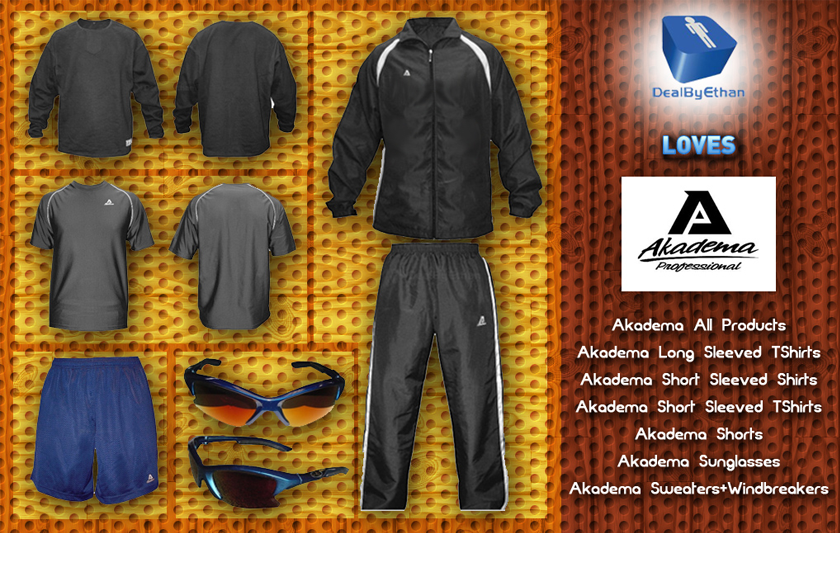