The men's underwear industry was not exactly what one would call "a competitive jungle" in the past. Manufacturers were not as diverse, competitive and prosperous as they are today. Previously, choice was essentially limited to either white boxers or briefs, but today, men’s underwear comes in every shade of color and in a wide variety of materials ranging from comfortable cotton to luxury silk. This is mainly due to the fact that men have become just as conscious about what they wear underneath their clothes as women have always been.

The Ever-Changing Underwear Industry - In the past, being conscious about one's appearance was viewed by most men as effeminate. However, as mentioned above, things have changed considerably today, resulting in the pop culture term metrosexual, which is a term that is widely used to describe men who are hip, stylish and fashion-conscious. The number of metrosexuals is constantly growing, resulting in stiff competition in the men's underwear industry. In order to stand up to this competition, BG Men's has developed a unique, creative and sexy collection for today’s metrosexual male. BG Men's constantly caters to the needs of the modern man and offers a wide range of products in a multitude of colors, including thongs, bodysuits, briefs, boxer briefs, t shirts and more.

BG Men's super sexy underwear line consists of enticing designs created specifically for hormone-fueled males at very affordable prices. The underwear can be worn during the most intimate encounters or the most grueling of gym sessions. For men who have set high standards with respect to their underwear, BG Men's is the preferred choice. Purchase your pair at DealByEthan.com today for yourself or as a gift for that special someone. 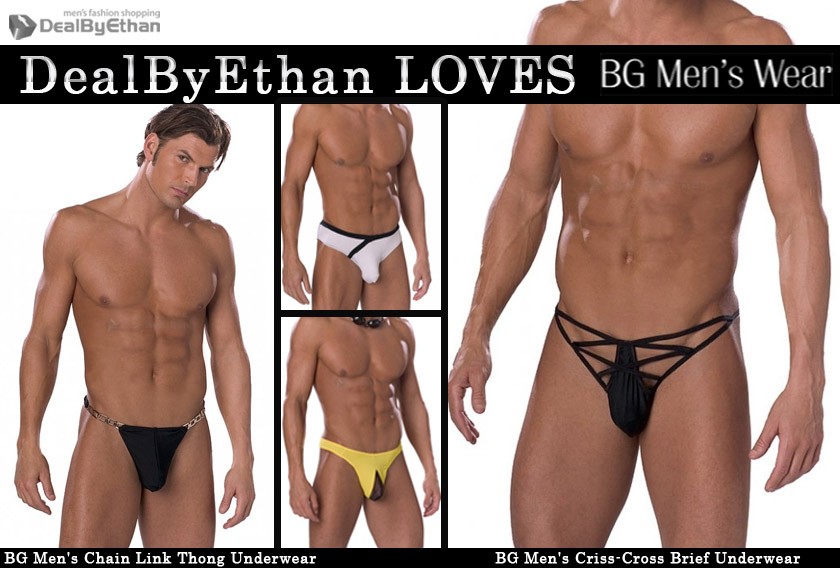