Calvin Klein was the man behind the creation of the famous fashion house Calvin Klein (CK). In 1968, Calvin Klein started a coat shop called Calvin Klein Limited in New York City’s York Hotel. By investing only $10,000, Klein introduced stylish women’s and men’s coats in his store. Soon, his designs became popular with all the fashionable people in New York. He became a household name in 1969, when the cover of Vogue magazine featured this designer. With the passage of time, Klein started designing various other men’s and women’s outfits. During the 80’s Calvin Klein was all the rage. All the fashionable people - from teens to grownups preferred only Calvin Klein products. In 1993, he was honoured as "America's Best Designer" for creating many all-American designs. However, his company also witnessed years of ups and downs, and finally in 2002, this brand was sold to Phillips Van Heusen Corp and that made it popular once again.

His monogram CK, itself carries weight. For years, many celebrities and models have advertised Calvin Klein products. Presently, the headquarters of Calvin Klein is located in Midtown Manhattan in New York City. Calvin Klein offers some comfortable and stylish boxer brief underwear for men. Their brief underwear are all very trendy and is ideal for the well-toned, manly body. Their fragrances linger for a long time and are widely popular. Whether it is their Crave Eau De Toilette Spray, their Escape Eau De Toilette Spray or their Calvin Klein Eternity After Shave –men simply love them all!

A pioneer of designer jeans, underwear and the wholesome, all-American look, Calvin Klein (CK) is one of the fashion world's biggest names - and innovative brands that keeps men up-to-date in fashion clothing. 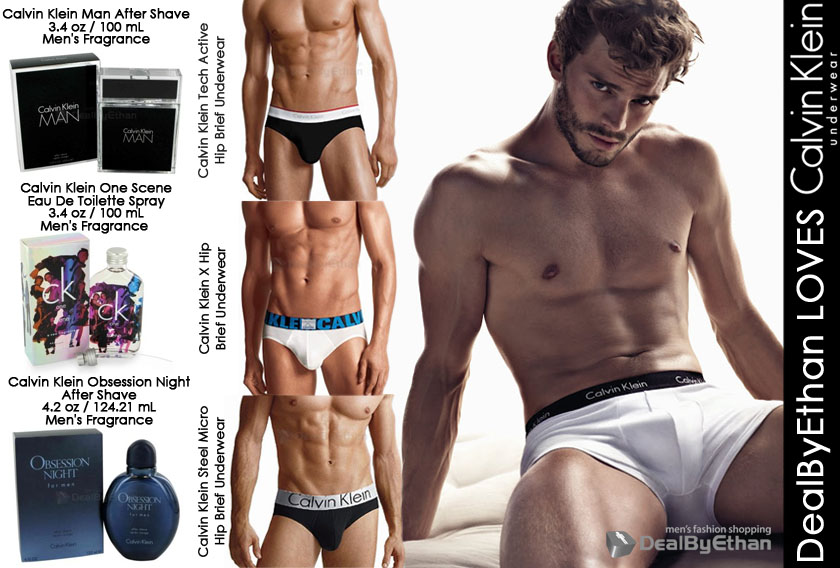